About this Event: Taking Risks, Blazing Trails
Our seventh Women’s Leadership conference promises to inspire and inform content creators of all stripes. With our signature all-female speaker roster you can dive into three program tracks: creating top-notch content, reaching more readers, and the best strategies for making money. Sessions will include exceptional speakers, engaging panel discussions, and hands-on training. Join us for the day of learning and celebrate with the EWIP Award presentation and cocktail reception. Taking risks and blazing trails is all about connecting with people and ideas that will help you transform your career.

I recently attended Folio: magazine’s Top Women in Media awards luncheon in New York. I was invited as a representative of EWIP to present several of the awards, which was a great honor—and also fun!

This was Folio:’s first year presenting these awards, and the room was certainly packed with media star power! Awards were given out in a number of categories: corporate visionaries, industry leadership, director-level doers, entrepreneurs, rising starts, and mentors. Folio: VP of Content Tony Silber and Editorial Director Bill Mickey invited each recipient to the stage to say a few words and to accept a glass award (occasionally accompanied by a spirited video made by colleagues who had secretly nominated them).

Certain themes emerged in the women’s words of thanks. As Poppy McDonald, Publisher and President of National Journal, said “we all know we have to work harder as women.” It was clear from the accomplishments, energy, and dedication evinced by the award winners that this was indeed a ballroom full of women who work extremely hard to succeed.

Carolyn Kremins, Senior VP & General Manager of Epicurious, vowed to pioneer on behalf of other women and to help “watch each other’s back.” Jennifer Follett, Executive Editor of The Channel Company, challenged attendees to find a young woman to mentor, and Stacy Hawes, SVP of Data Solutions at Epsilon recommended that winners “put one hand behind you and grab the hand of another woman to help.” Nancy Gibbs, Editor at Time, said that women are in a good place now, and Tessa Gould, Director of Native Advertising at Huffington Post exclaimed that the awards proved that “girls can and do run the world!”

Keynote Kay Koplovitz, founder of USA Network, spoke about important leadership qualities which include: a tolerance for ambiguity, an ability to work in the unknown, and an insatiable curiosity. She cited studies that demonstrate that “corporate leaders who are high performers have these attributes.” These people get promoted and advance faster. She believes these qualities contribute to the success of many of the award winners.

Overall, the award winners seemed quite pleased and proud to be part of this event. Many brought along numerous colleagues (men too!), and several brought husbands along as well to help celebrate their achievements. Says Editorial Director Bill Mickey, “Folio:’s Top Women in Media event was a terrific success. It was exciting to have so many high-powered executives in one room, and the sense of camaraderie was inspiring. This year marked the debut of an important event that we intend to make an annual franchise. Next year will be even bigger and better.” 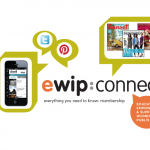 What does publishing even mean these days? It is a terribly hard industry to define. Yet creating content for magazines, books, websites, and smartphones, building a community around ideas, producing video that has impact, putting your work “out there”—all of that— remains one of the most exciting and challenging careers exactly because of the diversity and complexity of this so-called industry.  Whether you are just starting your career, or changing course and re-tooling it, then making smart choices in order to achieve your goals takes time, and support, skills, and lots and lots of constructive feedback. That is why EWIP focuses most on education and connection. We help each other be excellent. We encourage everyone to be, or seek out mentors, and to seriously give back at every stage. Become a member of EWIP and learn more, connect better, and use whatever boost you get in life to help someone else along the way. At the core of what we offer is support to manage the delicate balance of living a complete life, in other words, live to be exceptional. 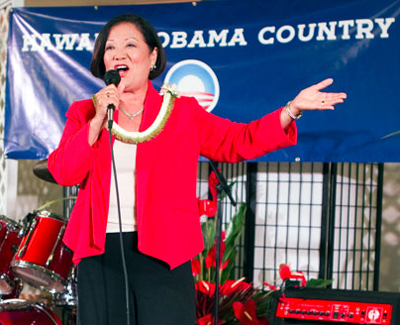