Skip to content
Susan Goldberg, the editor in chief of National Geographic magazine and News received the 2015 Exceptional Woman in Publishing Award at EWIP’s 7th Women’s Leadership Conference in Berkeley, California. We will post a video of it soon, in the meantime, here is a transcript of the speech that roused everyone in attendance.
__________ 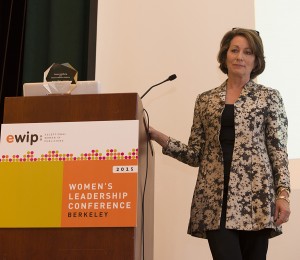 I am thrilled to receive the Exceptional Women in Publishing Award; it’s a great honor to follow Kara Swisher, Lynne Povich, Eleanor Clift and Gloria Steinem – each a brave and bold innovator, enormously talented journalist, and a woman who blazed a trail for the rest of us.

Over the years, we’ve gotten a lot of advice about how to get ahead on that trail. Work twice as hard as the guys. Fake it till you make it. Don’t be afraid to fail. These days, we hear: Lean in.

I’m sure I speak for many of us who have been “leaning in” for a lifetime – often so far in, that sometimes we’ve fallen on our face! In response, we’ve done what women do every day: We pick ourselves up, dust ourselves off, and try again to find that elusive career fulcrum.

It’s not that I object to the “lean in” concept. It’s just that, after watching the challenges faced by women at seven major news organizations in the last 35 years, I don’t think it’s the right metaphor to explain what continues to impede our progress in the workplace.

The problem isn’t the direction of the lean. It’s the precariousness of the balance—how shockingly easy it is to fall over, forward or back, practicing journalism while female. How easy it is to be labeled “bossy” and “pushy” and “difficult,” for the same behaviors that make men “leaders” and “assertive” and “decisive.” These are among the reasons that so many talented women take themselves out of a fight they feel they can’t win. It’s why we begin with a significant majority of young women graduating from journalism schools—and a generation later end up with a significant minority of middle-aged women leading newsrooms.

The figures are startling: 64 percent of all graduates from journalism and mass communication programs are female; 36 percent of the journalism workforce is female; 23 percent of journalism leaders are female. Sixty-four percent to 23 percent – it’s like falling off a cliff. Don’t let anyone tell you this is a “pipeline” problem.

As I think about where we are with women’s leadership, in media and other professions, I feel conflicted. I feel pride in the strides so many women have made (did you see on Friday that the Guardian appointed the first female editor in its 194-year history?). I feel gratitude, humility and downright astonishment at the career I have been fortunate enough to have. 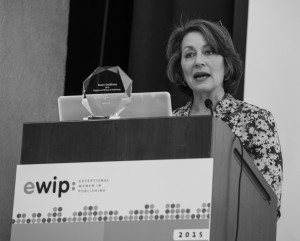 And yet, I’m mad. I’m mad that there are far fewer women running big or small newspapers than there were 10 years ago.

I’m mad that every time a woman gets a big job or loses a big job in publishing, it’s a national news story because we’re still such an anomaly.

I’m mad that at a time of enormous disruption and change in media – a circumstance likely to last for the rest of our careers and beyond – support for women’s leadership has devolved into “You go, girl!” sloganeering, and very little actual help.

And I’m mad that I got this email, last month, from a woman who covers sports:

“I have been up for two major columnist gigs, and have been told at one that I would be perfect but the market wasn’t ready for a female voice on sports, and at the other, I was asked if I was going to have kids and not work for a while — the publisher was concerned about that. Both jobs went to men. …I can’t even count how many of us have been asked about these things on interviews. If you are single, they are concerned you are a lesbian. If you are married, they are concerned you have kids. If you have kids, they are concerned you won’t be available to work or travel. …They don’t worry if the guys are married or single or have kids, because A) they are assumed to have a wife/partner at home to take care of everything, B) single and out there is kinda cool for a male sportswriter — fits the macho stereotype with the athletes.”

She finishes: “God help the gay male sportswriter. I only know of one who is out. He is beyond brave, talented and strong. And no, he doesn’t want to be in management. Sadly.”

All this adds up to me being pretty mad – a dangerous word to use, lest, God forbid, I be labeled “emotional” or in the vice-grip of PMS, even if I still had the M.

But mad can be good. It can translate into energy and action — and I hope we can use that focus to rally again for change.

The financial upheaval that’s characterized our business for the last 10 years has all but killed off the diversity efforts that once were mounted in many newsrooms; I am not saying they were perfect programs, but at least they were top-of-mind conversations. 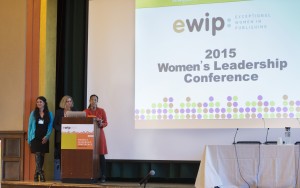 Today, women and people of color continue to be hurt because those efforts have largely disappeared into a sea of red ink and disruptive technologies.

Now is the time. Once and for all, we need to create the kind of newsrooms that will allow women to achieve true and lasting success at all levels of the organization, no matter what the platform.

We start with a litany of problems. Under representation at the top… Barriers to hiring…. Cultural stereotyping that makes it difficult, if not impossible, to succeed… Family issues… Pay issues…. Confidence issues.

So what do we do? As journalists, let’s do what we’re so good at when we investigate other businesses: Shine the spotlight on the problem, keep it there and refuse to let it recede into the shadows. Here are some thoughts:

• First, the progress of the 1990s and early 2000s got derailed by financial disruption in the industry. So let’s stay on top of the numbers. OUR numbers. We need to know what’s going on in our own workplaces — how in- or out-of-whack our numbers are when it comes to women in leadership and ‘next-up’ positions. Do a personnel audit. Pound away at the empirical evidence, because what you measure is what you value.

At National Geographic, for example, five of the 12 people on the executive committee are women. Not bad. If you were to include me and the woman who is the CEO of the TV channel, that would be seven of 12. Better.

• We can’t wage this fight alone. We need to make sure the men in our offices – whether our colleagues or our bosses – feel included in these discussions, invested in the outcome and not the object of some anti-man crusade. Convincing company CEOs to adopt this issue is key – and yes, most of them are men. Figure out how to get the boss to make successful and abundant female leadership a measure of his own success. As I once heard a business consultant say: We have to make the “me” solution, a “we” solution.

• We need to coach our younger sisters on the confidence gap, point out can-do role models when they get scared about family issues, push them to negotiate for pay raises, urge them to sit at the table. If each of us did this for just one young woman — just one – imagine the difference it would make.

Then imagine if we identified a second young woman who showed great promise. Imagine if we helped her picture herself as a leader.

Recently, I was on a panel with Carolyn Ryan, the Washington Bureau chief of the New York Times. She made this very point: We all have pictures in our heads about what newsroom leadership looks like. To many of us who grew up at a certain time, that picture looks a lot like Ben Bradlee standing on a desk in front of the newsroom, his jacket off, shirtsleeves rolled up, inspiring the troops at the Washington Post.

As Carolyn noted, not only does her footwear not lend itself to climbing on desks, but she has balance issues!

Her conclusion was this: These days, leadership wears a lot of faces, body types and heel heights. The next leaders won’t necessarily have been swashbuckling reporters. Maybe they will be nerdy people from the tech side. Or the super-quiet people who are great at building creative teams.

We need to remind our younger colleagues – and ourselves – that the picture of what leadership used to look like is not necessarily what it is going to look like.

• Each of us lucky enough to make hires needs to do our part. Getting a more diverse workforce doesn’t happen by accident – it is an intentional effort to change the composition of our newsrooms, person by person, job by job. We all know this is true, and it starts by making sure that for every single position – every single position – we have a diverse hiring pool of qualified candidates.

• We have to talk about this. Yes, we also have to talk about the business model and the digital transformation and reaching a new generation of readers. But we cannot again let this fall off the table. We allowed ourselves to get used to seeing fewer and fewer women in charge. And we got used to shutting up about it because we were told we had bigger problems to solve.

• We need to call out instances of vastly different allowable behaviors. If a male leader can punch a wall or kick a wastebasket, a female leader ought to be able to do that, too.

Can you imagine? No, I can’t either! And while I really don’t think anyone should be punching or kicking anything in a newsroom, it demonstrates how far we are from parity in acceptable leadership styles.

More important, and far more likely, is that a direct, unapologetic, on-deadline story assignment can be made by a man or a woman, without one being a boss, and the other being a bitch. Too often, that’s not the case. So like they say at the airport: If you see something, say something.

• Finally, the “You go, girl” chorus when women are hired needs to become day-to-day support once they are in place.

We need to give women the same freedom to make mistakes that the men have. Because these women are going to make mistakes. Just like the men do. But the women’s mistakes will be more public because more people are watching how they do the job. They will be more closely scrutinized, more harshly judged.

We need to give women real support when this happens. Leading any news organization is difficult, especially these days. Female leaders have that job, and then have to deal with this hidden pressure as well.

Let me close with this: In the chaos, disruption and reinvention we all face, there is a lot we cannot be sure about in this business. A lot we simply cannot know.

But there is one thing we do know: There is no justification for opportunity that’s not equal, pay that’s not commensurate with the work, treatment that’s preferential or discriminatory.

And I’d like to leave you not with one of those snappy slogans that we listed at the outset, but with a profound and challenging statement from a wise woman.

Gloria Steinem once said that God is in the details, but the Goddess is in the questions.

Journalism is about asking the right question in the right place at the right time. So here is my question for you.

What are we waiting for?